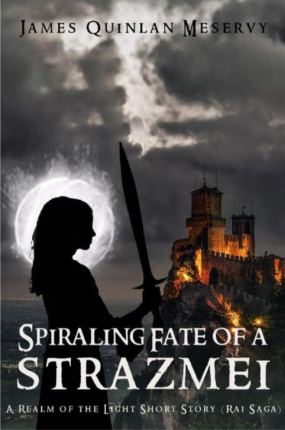 First, let’s get to know you a bit.  Tell us something unique about yourself:

Something unique? What have I not already shared?  I really don’t remember.  So, how about I say this.  I come from a yours/mine/ours family and have four brothers, and seven sisters.  I have one biological brother, one step-brother, one half-brother, and one adopted brother.  Then I have three biological sisters, and four step-sisters.

What is the Genre and Audience for this book:

What was the inspired you to write this book:

Zrete-Vi-Addock is who inspired this story.  You first meet Zrete in Denizens Among Us, The Realm of the Light Book 2, as a member of Raz-No-Yedenie, or in other words, The United.  When Zrete becomes a Creature of Rai, she chooses to follow the beliefs of the Serpent Faction (that all Creatures of Rai are equal in the eyes of the Creator), and eventually becomes the head of that faction, the Strazmei.

Tell us about your book:

Spiraling Fate of A Strazmei takes place right after Arctyrus, Amyrith, and Vulktyramous Hunter leave Buz-Perr-Addock for the Rhineland, an event which is chronicled in Denizens Among Us, The Realm of the Light Book 2.

The story is about the rest of Zrete’s life.  I don’t want to drop too many spoilers here, but I will add that Zrete and Wolf do marry, become King and Queen of Myrr, and unite the neighboring kingdoms in peace.  But at what cost?

Where can we purchase your book:

Spiraling Fate of a Strazmei, A Realm of the Light Short Story is exclusively available in: