JQM LITERARY SPOTLIGHT PRESENTS The Power of Conviction, Book 1 of the Prime Series, by Catrin Russell 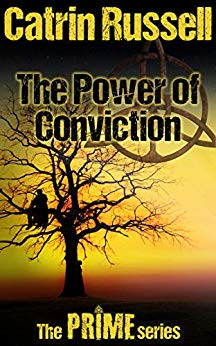 FIRST, LET’S GET TO KNOW YOU A BIT. TELL US SOMETHING UNIQUE ABOUT YOURSELF:
Well, I suppose we are all unique at the end of the day, but something I like to do when it comes to creating stories and characters is to making digital drawings of them. So I do all my own artwork, including my book covers. I am one to love all things creative!

WHAT IS THE GENRE AND AUDIENCE FOR THIS BOOK:
High/Epic Fantasy, Medieval Fantasy, Fantasy Romance. It is aimed for the adult market. 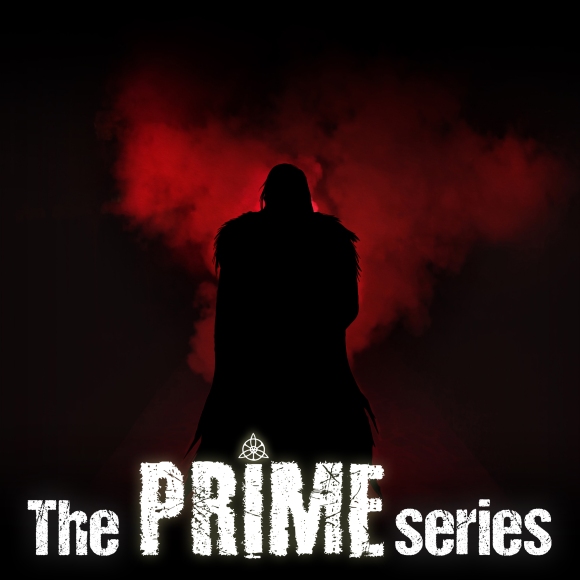 WHAT WAS THE INSPIRED YOU TO WRITE THIS BOOK:
I got most of my inspiration from a few animes/mangas I binged at the time. I formed my main character Samael out of a particular trait from one of the bad guys – a completely emotionless guy who, in a massive character-developing move, ends up saving this little girl instead of killing his nemesis when finally offered a chance. I don’t know why, but this really stuck with me, and I wanted to explore it myself. Most other things I have put into this character was taken much closer to home, with my husband acting as a huge inspiration. Other inspiration has come from some of my favourite love stories, both other books and films, and I also take away plenty of things from real life, such as the environment I live in. And the world as a whole offers just as much inspiration. I have incorporated plenty of modern subjects, not in the least through my focus on religion in the Prime Series. I’m a sucker for realism (despite the fantasy), so I find it a great way of making the stories believable and relatable. To summarise: I have cherry-picked from plenty of places to piece together this story, adding everything that I find fascinating, aggravating, thought-provoking, or just plain heart-melting.

TELL US ABOUT YOUR BOOK:
The Power of Conviction, available as eBook and Paperback through Amazon, is the first instalment in the Prime Series. It is a story of faith, forbidden love and revenge, where not all is as it seems. It challenges the reader to consider what is right and wrong, and it also gives them a slow-burning love story for anyone looking for a bit of romance! It is a mix of multiple genres, to incorporate the best of everything! The series centres on the life of Anaya, a young priestess who grew up amongst the most devout followers of the Holy Goddess. She is trained from childhood to become a weapon against Darkness and the demons lurking within the shadows. As the story unfolds within this dark world, Anaya is brought down a path of twists and turns, where she begins to question where her Priesthood is heading. Her faith, morals and conscience are continually clashing, and she is increasingly unsure of when the line is crossed between good and evil. Appearances are not what they seem, and people she has put love and faith in before, start to change as the seed of doubt is planted in her mind. As a reader, you will be brought along on Anaya’s journey, forced to consider what you would have done in her situation. How far would you go? When does a gruesome act go from being justified – done for the greater good – to be just pure evil? When would you stand your ground and say enough is enough? Due to the serious nature of the subjects disclosed, as well as explicit scenes and mentions of abuse and violence in children, this book is aimed at the adult market. Warnings worth knowing: Bloody and violent scenes, torture, consequences of prolonged sexual abuse, emotional scars and suffering. It also includes a few steamy scenes and mature language.
———–
Blurb:
The Darkness was closing in over the Midlands, with the Priesthood being the only one daring to stand up against its terrifying presence. Trained in the arts of the Light, the priests walked a bloodied path through the scores of demons, seeking to rid the world of their unholy presence. But the fight against demonkind was becoming increasingly perilous, and danger rose to threaten the Priesthood’s very survival The priestess Anaya stands resolute in her conviction. Despite the dangers she must endure along her dedicated path, her unwavering faith in the Goddess and Her divine supremacy doesn’t falter. She’s set on following the orders of her High Priest, no matter how gruesome. Until one day, when all her beliefs are challenged… A fateful meeting with the elusive demon Samael opens the doors to doubt and Anaya begins to question the very path of the Priesthood and of all those steadfast in the preachings of the Goddess. Were they wrong about demonkind? Was her purpose in life truly for nought? Anaya finds herself increasingly torn, attempting to pave her own path away from the blood and gore of her Priesthood. Entwined by fate with the demon she despises, their paths are destined to unite as ancient prophecies are brought to life.

WHERE CAN WE PURCHASE YOUR BOOK:
https://www.amazon.com/dp/B07STBDJDZ/

OR my book is offered for free when signing up to my newsletter. Link: https://www.subscribepage.com/catrinrussellnewsletter
It is obviously completely free and people can unsubscribe whenever they want.